This post originally appeared as an op-ed in the Courier Journal on August 14, 2019. 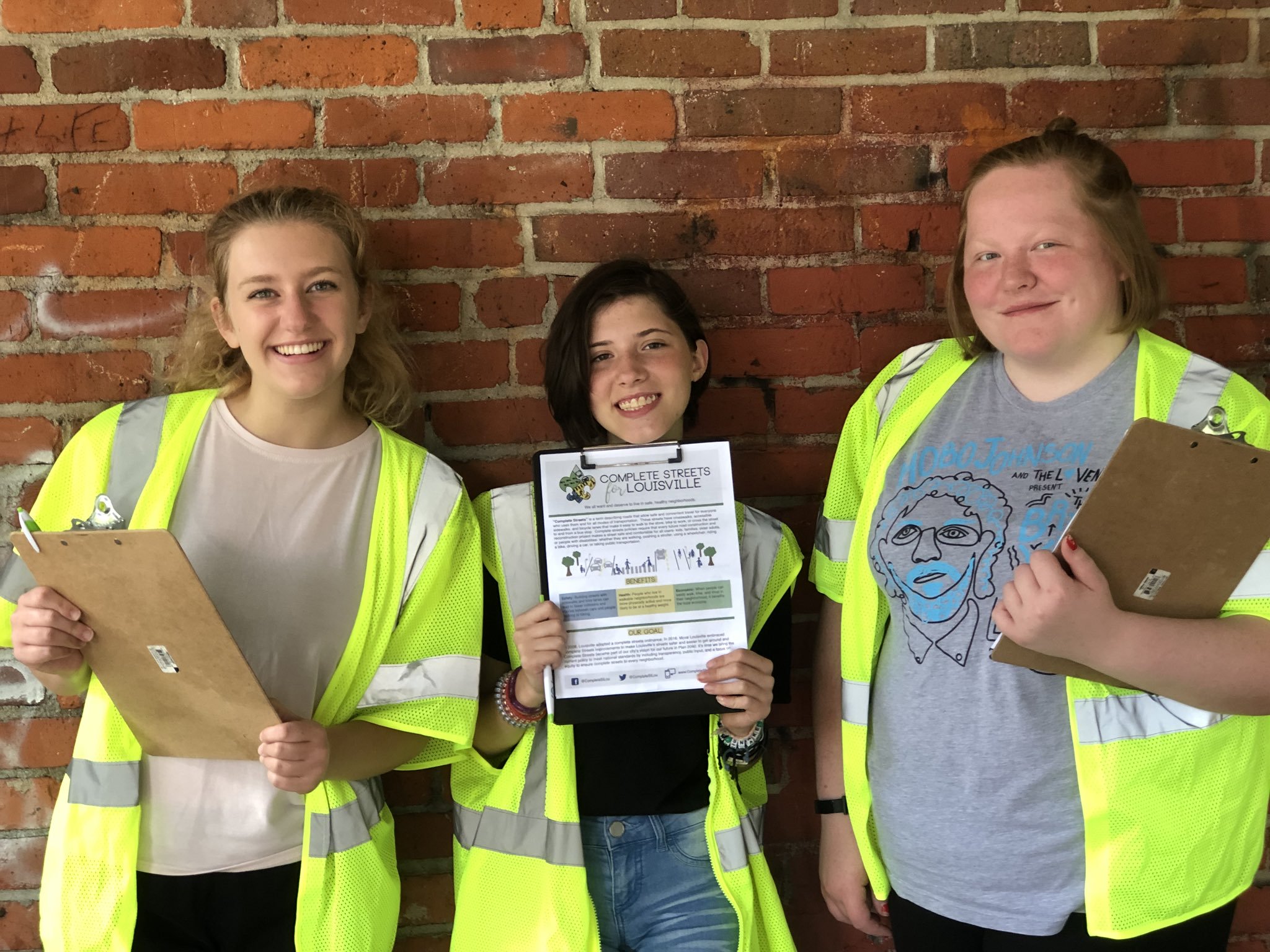 When I made the decision to go out of state for college, I knew that my heart would always pull me back to this place — Beechmont.

Louisville is my hometown, but the steps of Iroquois Library is where I think of when I think of home. Traversing Woodlawn Avenue, popping into the corner store by the gazebo, and sneaking off to Bellevue Park with my friends from up the block will remain the memories I hold close when thinking of my childhood.

So when, in partnership with the Complete Streets for Louisville Coalition, I began to put together walk audits throughout Louisville, I knew that we had to feature Beechmont.

Over the last several weeks, I — along with a number of engaged Louisville youth and community advocates — have surveyed the Hurstbourne, Beechmont, Churchill Downs, downtown, Highlands and Portland neighborhoods.

We’ve walked more than 15 miles of the city, writing down our observations and discussing what they mean to the city of Louisville as a whole. In a walk audit, we look at several different categories — sidewalks, intersections, driver behavior, safety, culture and atmosphere — and bring them together to get a holistic view of being a pedestrian in a given space.

Complete streets are streets that are safe and accessible for all users, regardless of their mode of transportation — be that walking, biking, driving, using a wheelchair, or using public transit. This can look different, depending on the neighborhood. Many complete streets have wide sidewalks, bike lanes, road medians, street lights; in the end, though, it is about whatever a neighborhood needs to become safer and more accessible.

What we noticed, in many places, was grim. In Hurstbourne, we noted a complete lack of sidewalks. The few segments we did find were discontinuous and had sharp curbs that made navigating a wheelchair or stroller impossible. In Beechmont, crosswalks were non-existent along wide streets. 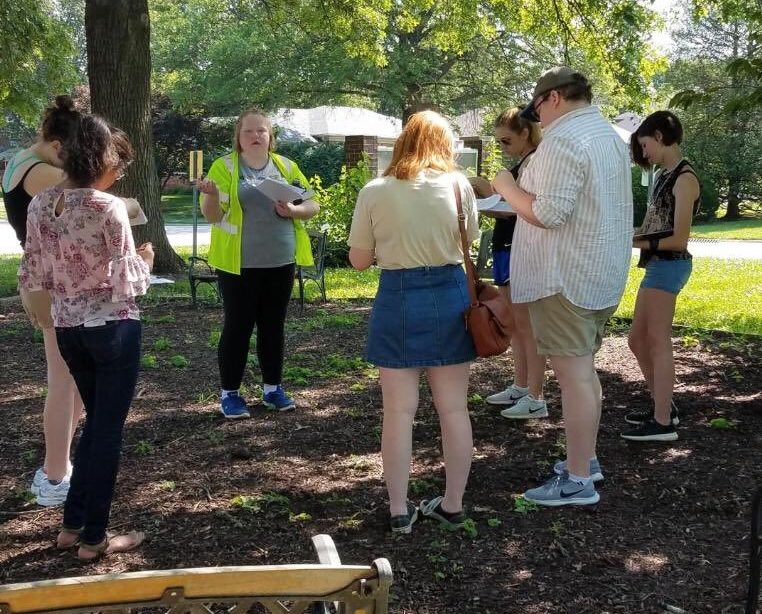 Sidewalks, though present, were often too narrow or obstructed. Near Churchill Downs, empty liquor bottles littered the surroundings of Semple Elementary, while shops right outside the school’s doors made tobacco advertising omnipresent. Crossing the street downtown was a dangerous game, as businesspeople ignored pedestrians and paths were overrun by construction that took curb ramps entirely out of commission.

It was easy to get discouraged, seeing the amount of work Louisville needs to be held to a Complete Street policy standard.

But simultaneously, these audits have reinvigorated my love of my hometown. Hurstbourne featured gorgeous landscaping that showed how much pride residents took in their homes.

Beechmont was overflowing with diverse, locally-owned shops selling traditional dishes from places across the globe. The sense of community near Churchill Downs was evident as friends and families gathered outside, even in the triple digit weather. Downtown, pedestrians seemed to be a focus — with gorgeous nature-oriented art installations, touch screen posts offering up directions, and countless opportunities to sit and rest under a cover, this area clearly had walkers in mind in construction.

Reading poetry etched into the sidewalks of Fourth Street made my heart swell for the city I call home, the city with so much pride it would engrave love in its streets.

Getting to walk these streets with young people from across the city highlighted just how important Complete Streets are. I sat down with kids as young as 10, expecting to oversimplify the health, safety and economic benefits Complete Streets would have. That was not the case. 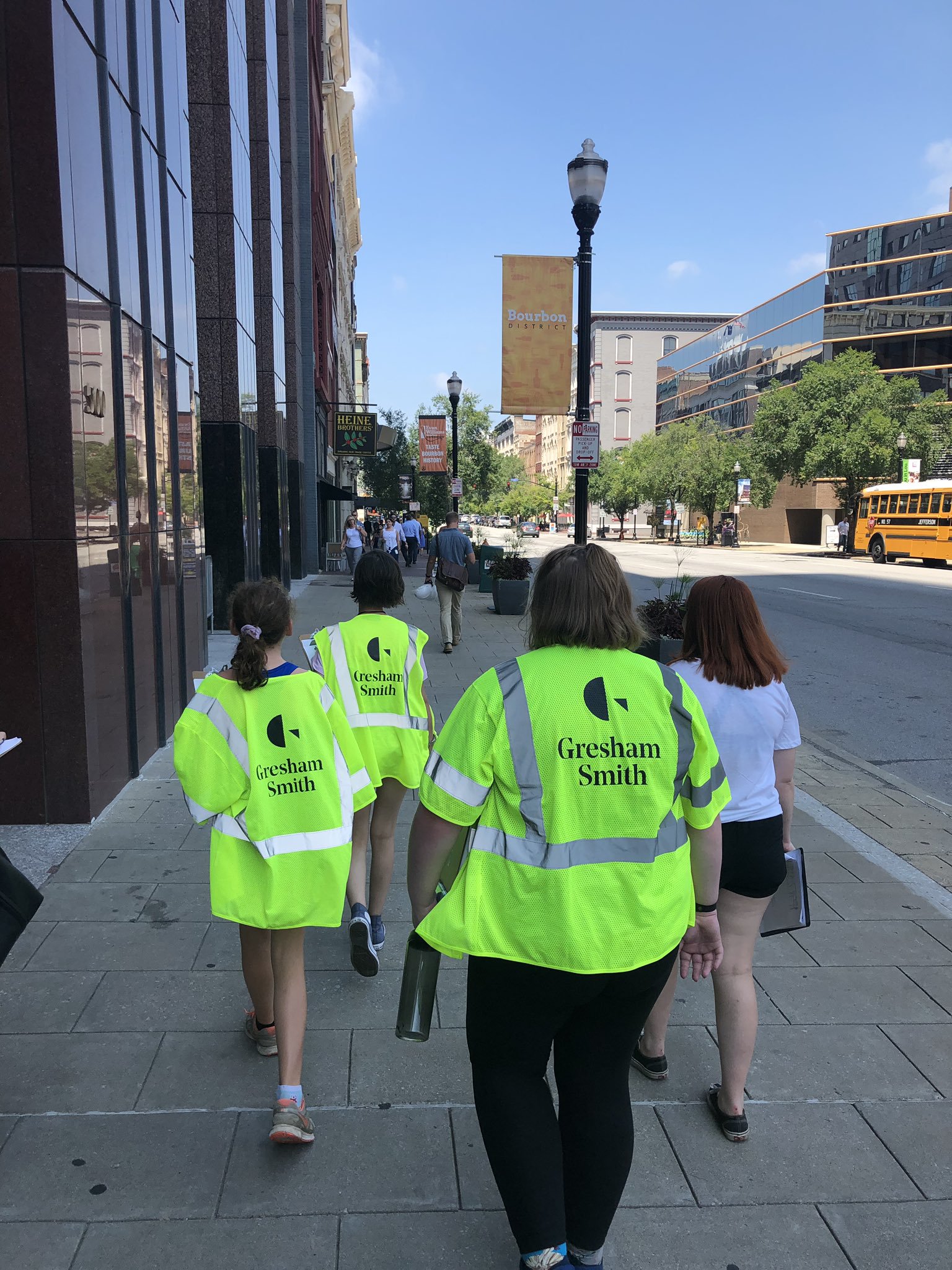 These audits did more than just provide Metro 311 a list of sidewalk repairs; it sparked conversations about racial segregation, about gentrification, about drug use and gang violence and mental health — all started by people not yet out of high school.

The children of Louisville are paying attention. They see the problems. Ignoring the youth voice is not going to keep them sheltered; it’s going to result in a disjointed representation of the wants and needs of Louisvillians.

As a Louisvillian, I support updating the Metro’s Complete Streets ordinance for the countless advantages it will provide. Accountability measures would allow us to reap the benefits a Complete Street provides — safer streets, healthier citizens, and greater economic prosperity.

It would allow for Louisville’s residents to build greater, more cohesive networks that strengthen our communities. I am in support of the updated Complete Street ordinance because I am in support of a Louisville that takes care of its residents, regardless of ability, and that puts the value of community at its forefront.

Returning to the streets I walked as a kid brought back a lot of emotions. Nostalgia, sure, but pride, mostly — that this neighborhood’s evolution in the years I have spent studying away has been for the better.

Beechmont, like the rest of Louisville, is changing. It is time to make sure that these changes put the values and livelihood of its pedestrians over that of its drivers. Complete Streets policies do just that.

Emilee McCubbins is an undergraduate intern at Kentucky Youth Advocates and incoming senior at the College of Wooster. Learn more about the Complete Streets for Louisville Coalition at completestreetsforlou.org.

About the Author: Mara Powell